In our latest article, VIOTAS Australia Managing Director Michael Zammit, examines the reasons behind the madness in the domestic energy market and suggests what the grid operator’s approach could be to help alleviate similar future scenarios.

It’s mid-winter here in Australia and energy prices have been dramatically increasing. There are several reasons for these increases: winter peak requirements, economic recovery from the Covid pandemic, and coal shortages due to the recent floods in NSW and Qld. Then came the Russian invasion of Ukraine. These challenges have compounded each other; cascading and propelling the price of international commodities to meteoric heights.

With winter came a polar blast from the Southern Ocean that stretched into southern Queensland dropping temperatures and increasing electricity demand. In early June, coal stocks at several plants, most notably at the largest coal power station Eraring, were running very low. In addition, several generators were out for planned maintenance while others had unplanned outages to address; aging coal plants are becoming less reliable! When the above-mentioned challenges started to kick in, gas prices increased by a factor of about fifty and coal by a factor of about five. These prices were then mirrored in the wholesale electricity price reaching peaks of $15,100/MWh and staying there. A relief mechanism came when AEMO first declared an administered price for gas and then had to declare an administered price for electricity. 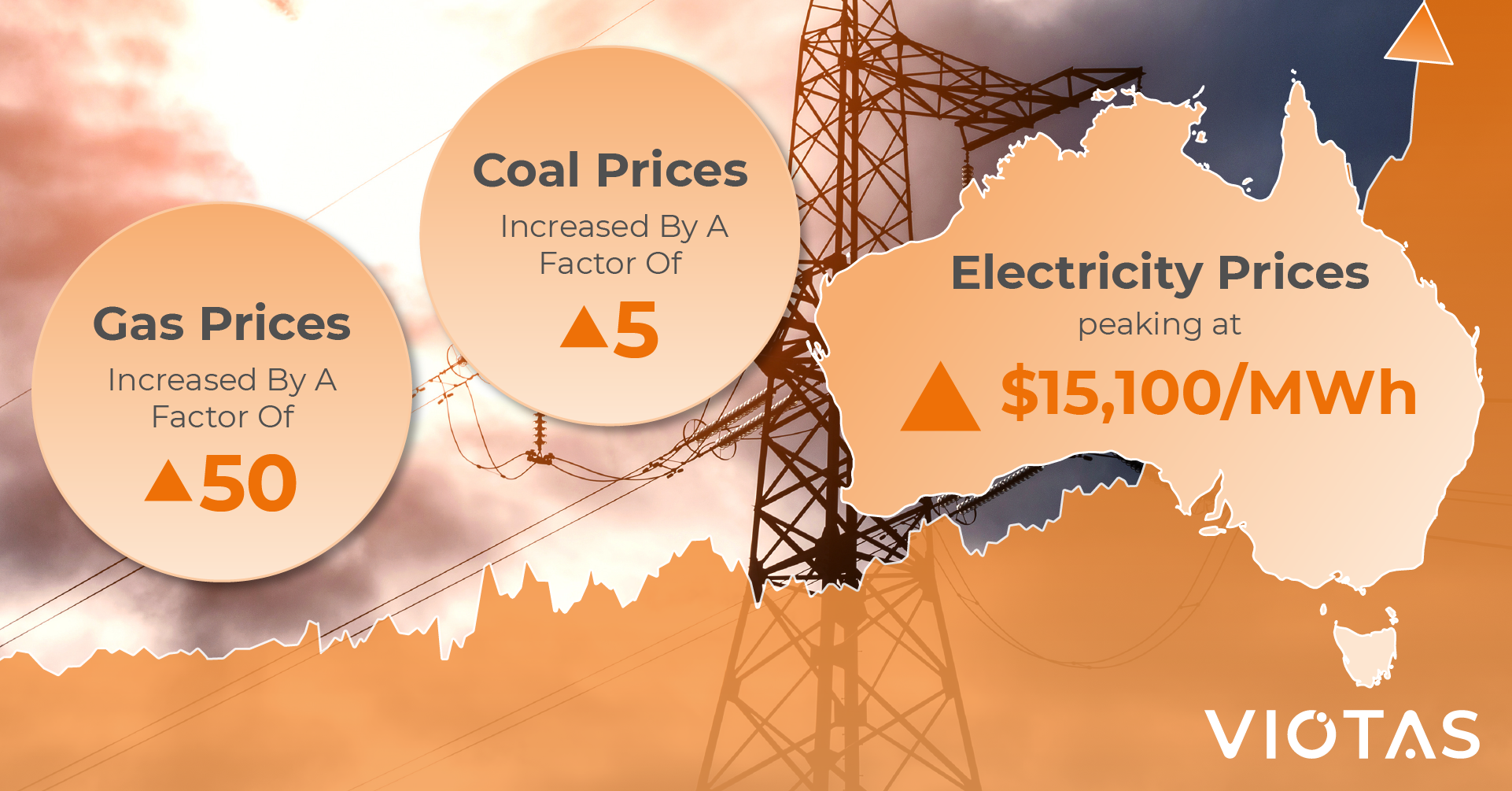 As a generator, the offer of an administered price of $300/MWh for electricity when the gas price is likely to reflect several times more than that, is simply uneconomic to generate, so many pulled out of the market awaiting AEMO to direct them to generate. Under a direction, the generator is forced to come online but negotiates a price with AEMO to do so. By 14 June, so many generators were holding back waiting for a direction call, that AEMO simply had no way to forecast what generation capacity it had or what reserves it had. This continued into 15 June at which time AEMO suspended the market, as so many generators stopped bidding into the wholesale market waiting for that direction call. While the market suspension has been subsequently lifted, global commodity prices remain both extremely high and volatile, and much of the winter in Australia is yet to come. All stakeholders are continuing to watch the situation very closely as the situation evolves.

The recent floods more than any factor limited coal supplies and 55% to 70% of Australian electricity generation is based on coal. However, the National Electricity Market (NEM) has ample generation reserves and options, which were withheld due to the administered price simply being too low to operate economically. Even with plant outages and lower solar output due to the weather, we should have ample reserves. Unfortunately over previous years, the transition to renewables was made political and successive conservative governments have impeded this progress, relying heavily on gas as the preferred peaking and transition fuel. We’re now being heavily impacted by this decision with the international price of gas having rocketed to new heights on the back of the Russian invasion of Ukraine.

Many have stated that the NEM is a market that has served us well, and generally it has, however a valid criticism is that meaningful changes can take too long to be made. The administered price cap has been in operation and used several times over the past 24 years but has never been updated. Should we be considering a dynamic administered price which takes into account the marginal operating cost of alternative providers backing up the grid e.g. batteries, gas or demand side flexibility?