The freak storm of 12 November saw South Australia temporarily separate from the National Electricity Market as a transmission tower at Tailem Bend was brought down[1]. This article explores the role demand response and Inverter Based Resources (IBRs), such as wind, solar and battery, played in maintaining a stable grid during the outage.

The initial challenge for the grid on 12 November was transient stability. Transient stability is how the power system responds to a large disturbance, such as a transmission tower falling, and determines whether synchronous generators connected at the time will remain on-line. If the generators ‘swing’ wider than the grid inertia can absorb, then the generator protection systems will shut them down.

In South Australia, inertia is provided from both synchronous generators, as a function of their mass, and Battery Energy Storage Systems (BESS) with synthetic inertia. This was sufficient to ensure the synchronous generators stayed ‘in step’ following the disturbance. Failing to do this would result in rolling generator shut down and likely black outs. Anyone remember 2016[2]? Big tick for synthetic inertia from IBRs.

However, the next challenge facing AEMO, ElectraNet, and SAPN, was managing frequency stability during the islanded period. This is due to the relatively low levels of state demand and high levels of variable rooftop solar. Such a situation can, and did, cause periods of over generation which leads to increasing system frequency, and under generation leading to dropping system frequency. This is where demand response (DR) kicked into gear along with the IBRs.

SA Power Networks stepped in to turn off roof top solar. An example of this can be seen in Figure 1 where my own domestic solar was remotely turned off just after 9:20 am on 17 November. 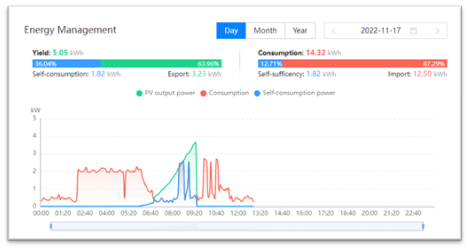 This decisive move was a critical factor in maintaining a stable grid. This action is a form of Demand Response, albeit involuntary, and made it easier for the system operator to manage frequency stability. However, rather than disconnecting them during such events, there is huge potential for home energy systems and larger commercial & industrial Distributed Energy Resources (DERs) to provide ancillary services to actively support grid stability during contingency events in the future. SA Power Networks are actively trialling improved methods of rooftop solar control[3].

Frequency Control Ancillary Services (FCAS) was heavily utilised to maintain frequency stability to the extent that the administered price cap kicked in[4]. This was provided by the state’s Grid Scale batteries as well as FCAS aggregators of large C&I loads such as VIOTAS.

VIOTAS’ customers were on stand-by on both sides of the separation event should the grid frequency drift outside the normal operating range, with sites in South Australia automatically reducing demand several times to ensure the SA frequency remained stable.

The role of contingency FCAS during the week was to bring system frequency deviations back to the normal operating band of 49.85 – 50.15 Hz as quickly as possible. Within this operating range, the system can be maintained in ‘normal operation’.

The result of this was that South Australia did not lose power despite such a catastrophic islanding event. While many homes lost power due to fallen lines, the state did not experience ‘state black’ as it did back in 2016. It’s thanks to the decisive action of SA Power Networks, and the quick response by demand side aggregators and their customers, that such a scenario was avoided, ensuring the lights were kept on across the region. For this, we thank all our customers who responded when needed.

VIOTAS continues to develop our portfolio of C&I customers who can provide grid support services such as contingency FCAS, which improves grid resilience, and get paid in return. The ESB post 2025 market design[5] has a heavy emphasis on demand response in the NEM and we welcome these developments.

The new Integrated Resources Provider category[6] will increase the availability and quality of DER demand side response. It will allow more non-scheduled (< 5 MW) BESS and hybrid assets to provide energy and contingency services bidirectionally through aggregators such as VIOTAS.

In future we also hope to see demand side markets created where smart home energy systems can provide a grid contingency service with a controlled and measured response, as opposed to the current forced drop to zero. 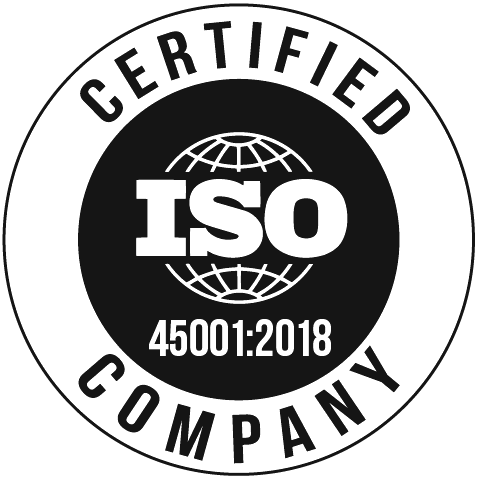